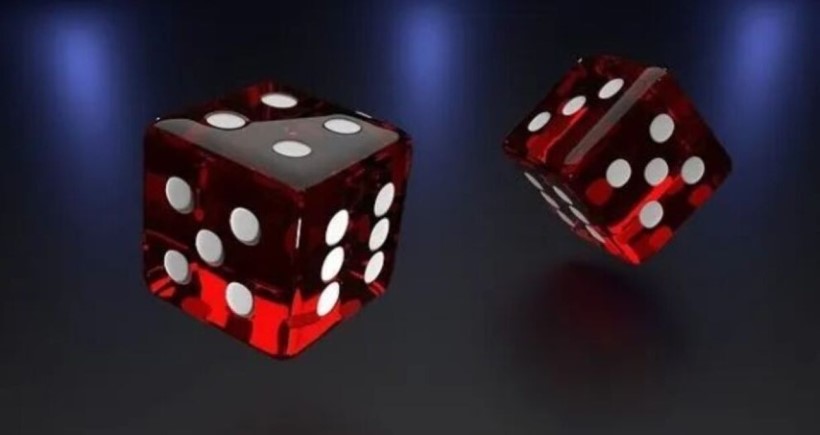 Is Virtual Reality the Next Big Thing in Online Gambling?

Given how popular virtual reality (VR) has become, it was only a matter of time before online casinos began experimenting with it. A variety of businesses are already testing it, and players have a variety of options to choose from in both online and traditional casinos. This article will go over the various ways virtual reality (VR) is being incorporated into online gambling, as well as the implications for the industry’s future.

The Popularity of Virtual Reality in Las Vegas

Virtual Reality (VR) is already making waves in Las Vegas. Two of the world’s most successful companies have collaborated to develop one of the first Virtual Reality (VR) experiences for a casino. IGT, a casino software developer, and HTC, a Taiwanese electronics company, have formed a partnership to create ‘Virtual Zones’ for use in gaming establishments around the world.

The first of these Virtual Zones are located at the Orleans Hotel and Casino in Las Vegas, where it is already operational. It represents a significant advancement in technological development and may provide a glimpse into how the gambling industry will develop over the remainder of the twenty-first century.

The Virtual Zone gives its users access to a wide range of games, including multiplayer games and skill games, in which players can win prizes that are multiple the amount of money they initially wagered. For example, Virtual Zone offers the game Siege VR. In this game, players must work together to protect their castle from being overrun by zombies.

Each team pays thirty dollars, and there is a prize pool of three hundred dollars for the team with the highest score on each day. Another popular game there is Archery VR, which is a challenging game that only requires one player. The majority of this simple game revolves around archery in virtual reality. This game costs ten dollars to play, and the daily top score is worth one hundred twenty-five dollars.

IGT has also released a software developer kit that game developers can use to create their virtual reality (VR) environments and games. This was done to advance the development of this technology and promote its use. Online casinos from around the world, including those in Europe and the United Kingdom, are keeping a close eye on the latest developments in the casino gaming industry. Given the widespread adoption of VR technology and the rising demand for VR headsets, it is only a matter of time before gambling establishments in the United Kingdom jump on the virtual reality (VR) bandwagon.

Despite this, the future appears to be promising. The idea of creating a fully digital casino where players could move freely throughout the space, interact with real-life croupiers at virtual table games, and participate in a wide range of other skill- and chance-based activities has been floating around for a while.

Although IGT is well-known for its work as a casino software developer, the Virtual Zone is the company’s first venture of its kind. Da Vinci Diamonds, Cleopatra, Cats, and Kitty Glitter are just a few of the popular video slots created by this company, which was founded in 1990 and is responsible for some of the industry’s most well-known video slots. These games have entertained players for decades. The fact that this developer is experimenting with virtual reality shows that the technology is here to stay and will not be phased out anytime soon.

Other software developers, such as NetEnt, have jumped on board the project in a hurry. They have already stated that a virtual reality version of one of their most popular slot machines, Gonzo’s Quest, will be released in the summer of 2018.

If you have a virtual reality headset, all you have to do to enjoy a fully immersive experience in the world of online slots is plug it in, choose a game, and begin playing. The game’s gameplay is not significantly different from that of a standard online slot machine; however, the graphics are superior, and the virtual reality (VR) experience of being inside the game will appeal to many gamers, even if only for its novelty.

Even though several game developers are working on virtual reality slots, online slots represent only a small portion of the possibilities that VR could offer to online casinos and the players who play at those casinos. The topic of skill-based games has already been briefly discussed. Live casinos are another area where virtual reality (VR) has the potential to provide casino players with a more immersive gambling experience.

One of the live casino games that have already incorporated augmented reality is the game of roulette. When you enter a casino in the United Kingdom, you will be greeted by a live dealer, and the board will change as you play to reflect your choices. Even though this is already a form of augmented reality, casinos have much higher hopes for this technology. Several software developers are looking into the possibility of transforming the experience of playing at an online casino into a fully immersive virtual reality setting.

There are some roadblocks to overcome. To begin with, while games like archery and fort defense may appear to be simple, online casino regulators such as the UK Gambling Commission and the Malta Gaming Authority have yet to take a position on these types of games, and it is unclear which types of virtual reality games will be licensed for sale in the UK and EU markets.

Second, despite growing interest in virtual reality (VR), the majority of UK households do not yet own a VR headset. As a result, the development of a game of this type will be heavily dependent on the size of its audience, and not all businesses are yet convinced that virtual reality (VR) is the path they should be taking.

Every player in an e-sport may one day become a professional gambler, and it will be interesting to see how virtual reality game developers come up with new games that have nothing in common with traditional slot machines. This, of course, is highly dependent on the regulators’ whims regarding the categories of games that will be licensed. Will there be large e-sport tournaments with actual money which players must pay to compete for the chance to win a large sum? What kinds of gambling games can we expect to see emerge shortly as virtual reality becomes more popular among the general public? Waiting is the only way to find out.